by CARE Australia - May 13, 2020
Germany/Iraq/United States of America

The birth of the CARE Package 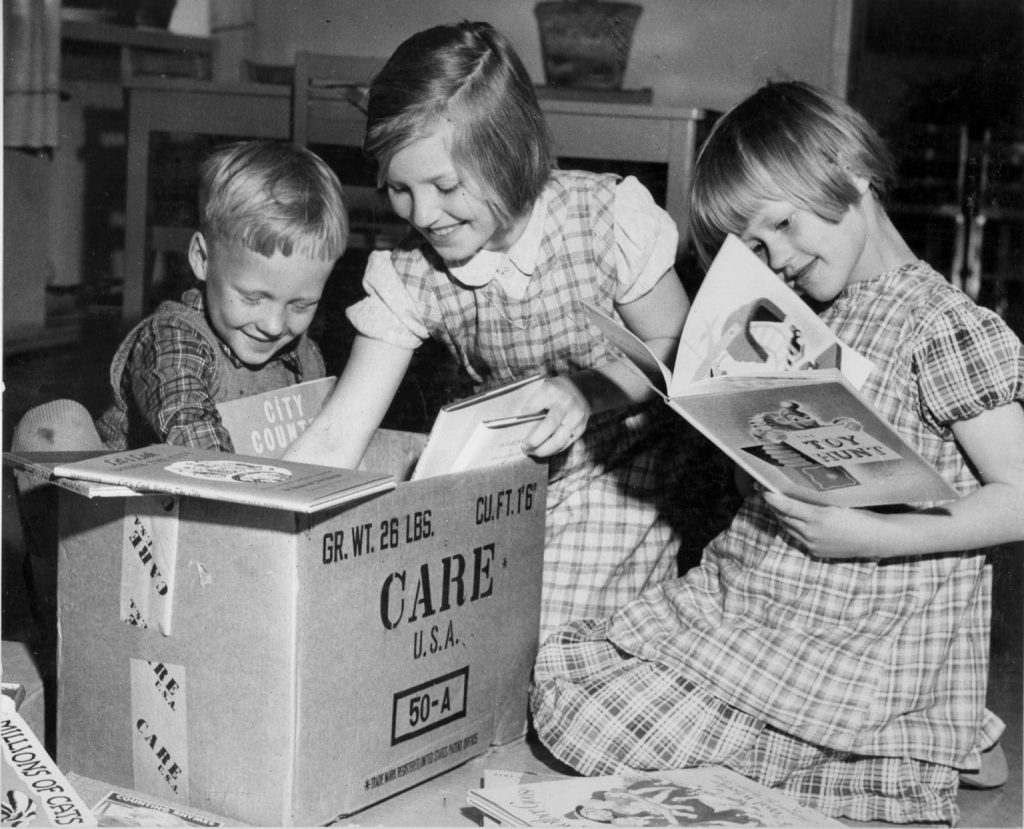 75 years ago this month, on 8 May 1945, the unconditional surrender of Germany was announced – marking the ending of the Second World War in Europe. After six exhausting and brutal years, weapons were finally dropped, and much of Europe and Germany was left in ruins.

The Berlin of 1945 is nearly impossible to imagine today. Cities like Mosul in Iraq come to mind, with buildings blown apart by years of bombing. Left, right and centre, every square metre of the city was covered in rubble.

The war in Germany by now lies 75 years in the past. Few grandmothers and grandfathers are left to recount their first-hand experiences of hunger, suffering and destruction. 12 million people from the eastern territories and settlements of the German Reich had become refugees. Almost five million homes had been destroyed or damaged. In Europe and Asia, at least 55 million people had lost their lives. No one in the German civilian population was spared the consequences of this war started by their own, elected leadership.

After the surrender, it seemed almost as if nature took its revenge on Germany: following the signing of the armistice, there came drought, famine and one of the coldest winters of the 20th century. Temperatures were below minus 20 degrees Celsius between November 1946 and March 1947. Thousands of Germans starved and froze to death that winter.

And then, out of nowhere, came an unexpected act of kindness – a ray of hope for a country responsible for years of suffering. It came from men and women of the United States. Despite the many American casualties in World War Two, American citizens didn’t want to turn a blind-eye to the painful suffering they had witnessed in Europe. A group of American welfare organisations banded together to form CARE International – and dedicated themselves to helping those in need by sending CARE Packages to Europe.

The Germans themselves could hardly grasp this incredible act of kindness. Ruth Andreas-Friedrich, a woman from Berlin, wrote in her diary on February 18, 1948: “How great and admirable are those who provide their fellow human beings, who are complete strangers to them, with these gifts?”

These selfless, incredible acts of kindness and compassion to complete strangers were a beautiful gesture of reconciliation and support for people who had been considered the enemy just a moment ago, and remains a shining example of humanity’s capacity to care for one another.

Unfortunately, history does tend to repeat itself. But it also provides us with the opportunity to repeat the good and kind things done by those before us. Let us not turn a blind eye to the misery and suffering of others. Let’s instead try to give that same ray of light that emerged out of nowhere into the darkness of 1945.

There’s a CARE package needed in so many parts of the world right now. And we are in a position to donate it.

Watch this short film about the incredible power of the CARE package.