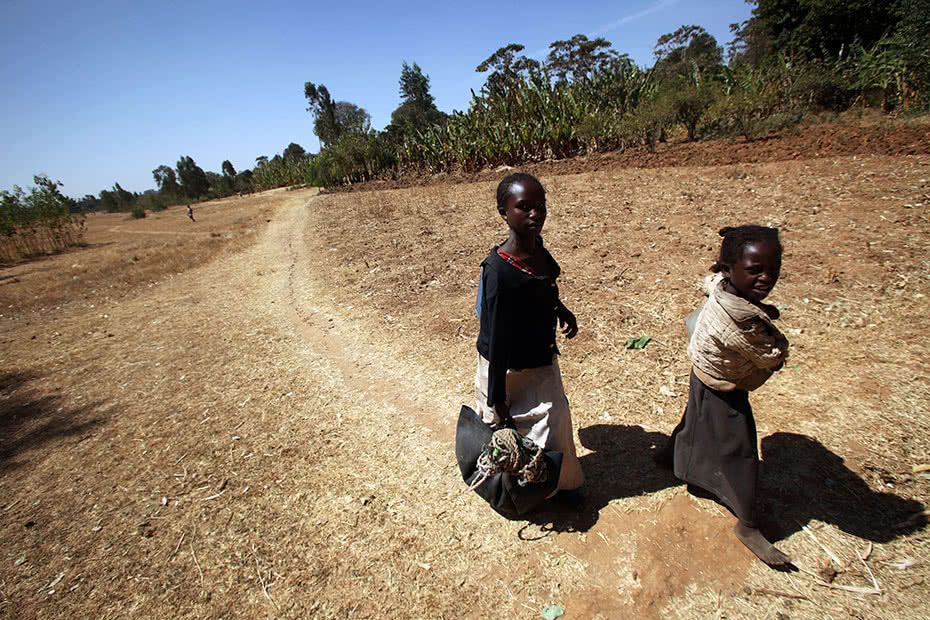 In Ethiopia alone, the effects of El Nino are predicted to put 4.5 million people in need of food assistance. © Josh Estey/CARE

In a year of unprecedented humanitarian need, El Nino is putting tens of millions of people at risk of drought and floods. CARE is scaling up life-saving assistance and urges governments to act now to reduce the impact of the disasters to come.

The ongoing crises in Syria, Yemen and elsewhere have caused displacement and humanitarian needs on a scale never before recorded. Yet it is about to get worse.  A global weather phenomenon known as “El Nino” is on its way, and its impact is predicted to be the worst in decades. Estimates from countries where CARE works across the world indicate that at least 20 million people will be affected.

“This year’s El Nino may become the starkest warning yet of the humanitarian consequences faced by poor and vulnerable people worldwide who lack the tools to cope in a changing climate” warns Wolfgang Jamann, CEO and secretary general of CARE International. “A vicious cycle of deepening poverty, more conflict, displacement and an ever increasing need for humanitarian help will be the result.”

El Nino impacts weather systems around the globe so that some places receive more rain while others receive none at all. Some areas get colder, others get warmer, with more extremes all round.

As a result of El Nino, prolonged droughts from islands in the southwestern Pacific, across Africa and into Latin America will put tens of millions of people at risk of hunger. In Ethiopia alone, the government estimates that 4.5 million people will need food assistance during the next months. In the Sahel region on the edge of the Sahara, more than 25 million people already struggle to access to food.

“In this situation, providing relief when a disaster strikes is tantamount to shutting the stable door after the horse has bolted” says Jamann. “We need to act now. Governments and the global humanitarian community need to get ahead of the game in order to prevent or reduce the impact of the El Nino disasters when they strike”

To prepare for the worst of El Nino, active collaboration with meteorological institutions is needed to monitor developments and establish triggers for early action. CARE urges governments and humanitarian actors to ensure that communities at risk have access to updated information about forecasts and potential impacts.

CARE also calls for a longer-term perspective, with global warming causing the situation to further deteriorate for the world’s poorest. Governments must agree on a strong climate treaty at the upcoming COP21 in Paris, cutting greenhouse gas emission to a maximum of 1.5 degrees in order to limit global warming. “It is crucial to recognize that the humanitarian system alone is not going to be able to address the needs we are already seeing and predicting as a result of El Nino and other large scale disasters” says Jamann.

“More than anything, we need far-sighted and visionary political leadership to deal with the fundamental causes of conflict, poverty and social inequality, as well as measures for mitigating and preparing for climate change.”

You can assist communities affected by disaster by donating to CARE’s El Nino Crisis Appeal.