CARE HomeBlogThree issues facing women (and how to fix them) 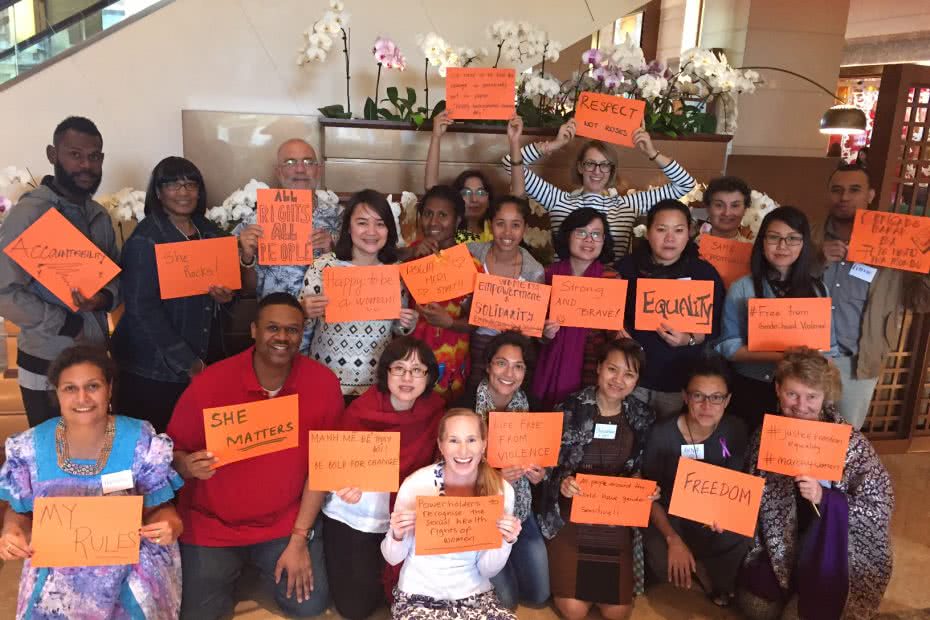 In March, representatives from CARE’s offices all over Asia and the Pacific gathered in Hanoi for six days to share ideas, experiences, challenges and successes of their gender equality programs to help others tackle these three major issues facing women and preventing communities from overcoming poverty:

In many countries, it is traditional for the men to be the sole income earner, to manage family finances, and have control over economic decision-making. Women are expected to remain at home doing unpaid work such as raising the children, working in the fields, and housework.

In Vanuatu, CARE established Women’s Economic Livelihoods Groups, which are combatting these traditional gender norms. They are increasing women’s access to paid work by providing them with training and access to local and national markets, to help them find buyers for their products or crops. Women are also encouraged to work together to combine stocks to reach larger buyers rather than relying on individual customers at local markets.

These Women’s Groups are raising women’s status within the home by enabling them to contribute to the household income and therefore have a say in how that income is used. Now, more and more female leaders are emerging in these rural communities thanks to the work they’ve put into their own economic development and empowerment.

Gender-based violence is the single most widespread and socially tolerated human rights violation in the world. With one in three women experiencing physical or sexual violence in their lifetime, it is a major obstacle standing in the way of gender equality.

The CARE team in Laos is making strides in combatting gender-based violence by having communities take steps to stigmatise the behaviour. Communities display non-violence messages on banners, and recorded and broadcast them over loudspeakers throughout the community. Now, women are reporting that their husbands are listening to them more, and that men in general understand that violence against women and children has more than just a physical impact – it has a lasting, damaging impact on individuals and communities.

Men and boys often face gender stereotypes that inhibit them from becoming allies of gender equality. In Myanmar, CARE’s strategy to overcome these stereotypes asks men to stand beside women as positive role models and agents of change for gender equality.

Men and boys nominate themselves to be change-makers in their regions and in some communities, men make a public pledge to never hit their wives or sexually harass women.

Systems have been developed at a community and national level to highlight the efforts of men and boys in the movement who are considered role-models: men who share decision making with their wives, take responsibility for household chores, encourage their daughters to go to school, and their wives to pursue work.

Read more about CARE’s work to empower women and girls and create a more equal world.

Thank you very much for summarizing these issues