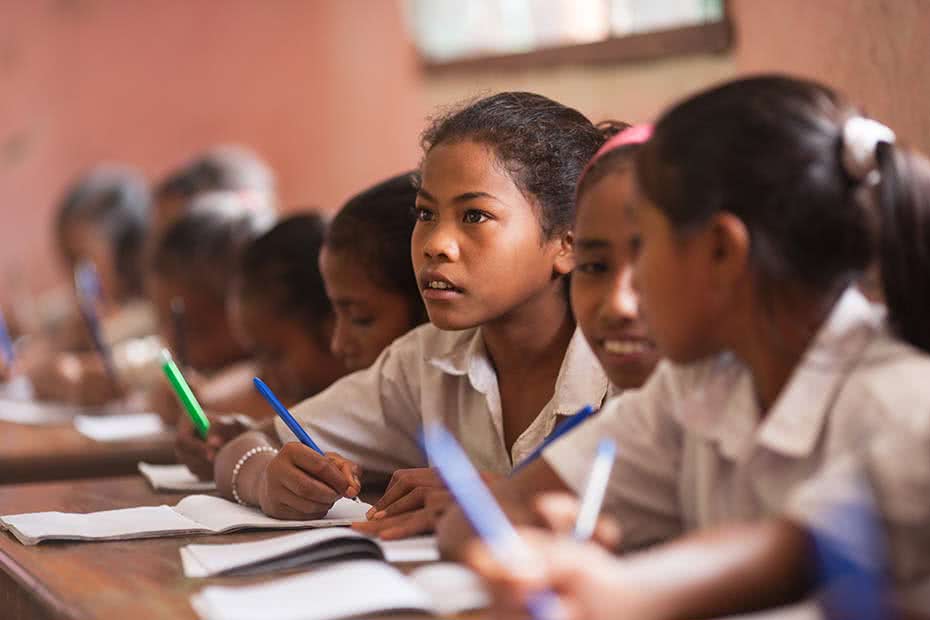 Girls in Timor Leste are being given the chance to learn and fulfil their full potential. ©Josh Estey/CARE

You may have heard talk around the place of the Sustainable Development Goals – SDGs for short – which are set to be decided this September. Great, you say. But what are they?

The Sustainable Development Goals are a new, universal set of targets that the United Nations member states will use to frame their agendas and political policies over the next 15 years. So pretty important stuff.

Err, what happened to the Millennium Development Goals?

These goals follow on from the eight Millennium Development Goals (MDGs) agreed upon by governments in 2000, which are due to expire at the end of this year.

While these original goals included broad-reaching targets such as “reduce poverty and hunger”, the SDGs zero in on finding solutions to the root causes of these issues. For example focusing on improving human rights or economic development.

The proposed 17 new SDGs also come with sub-categories and proposed targets. For example, one of the targets to support the suggested fifth SDG for gender equality is “Elimination of violence against women”.

How did these goals come about?

In order to create a roadmap that could transform the world by 2030, the UN conducted the largest consultation program in its history to find out how communities around the world wanted to shape their futures.

This included an open working group with representatives from 70 countries who began meeting in 2013, facilitating a series of “global conversations”, door-to-door surveys and an online survey open to people worldwide.

Will setting a list of goals actually create change?

We believe so. The first MDG was to halve, by 2015, the number of people around the world living in extreme poverty (defined as those living on less than US $1.25 per day).

This MDG was actually achieved five years ahead of its 2015 deadline. Reaffirming the power of these goals to encourage world leaders to prioritise critical issues and create lasting change for the world’s most vulnerable people.

With the countdown now on to the September UN summit in New York where the draft SDGs will be presented, governments – including Australia’s – are now discussing the 17 goals.

Having worked with some of the world’s poorest communities since 1945, CARE believes the most effective way to fight poverty is through programs that target women and girls .

That’s why in the lead-up to the September summit, we’re petitioning Australia’s Foreign Minister Julie Bishop to continue to back a stand-alone gender equality goal – even when the talks get tough.