In Cambodia, children from ethnic minority backgrounds once struggled in the school system. Classes were taught in Khmer: a language they did not speak. But the introduction of a multilingual education program has been a gamechanger.

Nang* and Mok* love coming to school every day. So much so, that when holidays arrive they are sad because they won’t be learning. Education hasn’t always been accessible to children like these. They are from an ethnic minority group from remote north-east Cambodia.

15 years ago, if children from this ethnic group attended school they would be unable to understand the language of the teacher. Many would drop out of school at a very young age, with others never attending school at all.

The introduction of multilingual education to Cambodia helped to change this situation. Nang and Mok were able to start learning in their mother tongue at their local school—allowing them the same access to learning as other students in Cambodia.

As their studies progress, they are gradually introduced to the national language, Khmer. By Grade Four classes are taught in Khmer, to help them become proficient in both.

CARE spent many years working to integrate this way of teaching into the formal school system and has helped introduce multilingual education to 54 schools in Cambodia. As a result, enrolment rates have more than doubled over the past five years. Research shows that children who are taught in two languages learn faster in all their subjects, giving Nang and Mok a great head start in life. 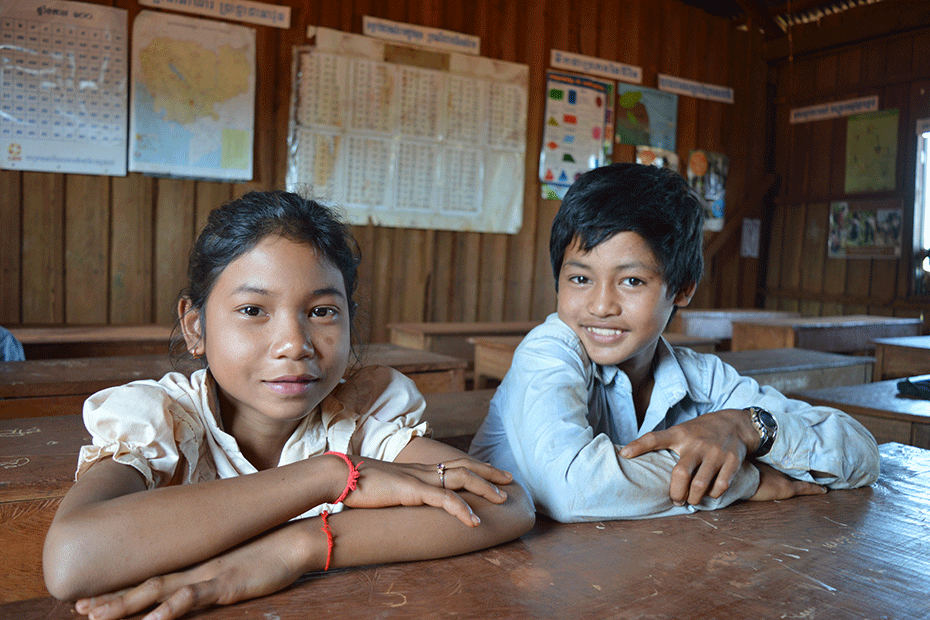 “I want to study and come to school every day, because then I can learn and gain more knowledge. I also like to play football with my friends,” said 13-year-old Nang. “After school, I like reading books so I become even stronger in Khmer. When I finish school, I want to get a good job and become a teacher. I want to teach multilingual education at primary school to children just like me. Because I now speak Khmer, I’m able to communicate with lots of people.

“Maths and Khmer help me when I’m shopping,” says Mok, 12. He says he enjoys studying mathematics, Khmer as well as his ethnic language. “I want to become a member of the police when I grow up so I can help people,” the Grade Four student says.

Nang and Mok’s parents didn’t ever attend school, nor can they read and write. They know some words in Khmer, but are unable to communicate in the national language effectively. Both families farm cashew nuts and cassava. Mok’s mother Lorl said going to school has become very important for her children. “When we were young there was war so we couldn’t learn. We were forced to work on the farm.” Even if school was an option, it would have been completely taught in a language they did not understand.

“It makes me happy to see my children reading and writing. There is less land now, so it is important children go to school so they can get a job,” Lorl said. “It is easier for children and teachers now with multilingual education. Their relationship is better because they can understand each other and the teacher can translate into [the ethnic language] if they need.” Learning in both languages helps to preserve their language at the same time as improving their children’s prospects.

Nang’s mother Nyen concludes: “It is good that children can learn and become good at both Khmer and the vernacular language. We’re so proud of our children, that they can read and write and that they want to finish school and get a good job.”

You can help children like Nang and Mok, by donating to our Education Appeal.