Our world today is still shockingly unequal. But we believe we can achieve gender equality if we join together to stand up and speak out. To mark International Women’s Day on 8 March and kick-start a month of #March4Women, CARE supporters around the world came together to stand in solidarity with women everywhere and help make a more equal world – for everyone.

In Melbourne (pictured above), CARE staff and supporters joined thousands of men, women and children and marched from Parliament House through the city streets, to call for a more equal world.

London’s International Women’s Day march saw activists and celebrities raising their voices in solidarity with women and girls worldwide who endure inequality and injustice. Leading the march across the iconic Tower Bridge, Annie Lennox, said: “We are sounding a unified call for justice and rights for girls and women across the globe. Whether education, legal rights, healthcare, sexual and reproductive rights – or protection against child marriage, female genital mutilation, rape, violence and abuse – women must be heard, respected and equally represented.”

In Lebanon, CARE ‘Walked in Her Shoes’ to celebrate International Women’s Day. Staff and volunteers walked the Beirut Corniche – a popular seaside promenade – and spoke to people about how CARE focuses on women and girls as one of the most effective ways to help communities step out of poverty.

In Burundi, CARE staff and project participants joined for a day of singing and parading – a traditional way of delivering their messages about the importance of creating a more equal world for women and girls, men and boys.

Participants of a CARE project in Malawi joined the  International Women’s Day celebrations in Ntchisi district. The celebrations were coordinated by the Ministry of Gender, Disability and Children’s’ welfare in conjunction with other key groups including CARE.

CARE joined in celebrations to commemorate the day in DRC, highlighting our efforts to support women to secure better livelihoods, earn more income, and create businesses that provide jobs and boost local economies.

CARE supporters in the United States ‘Walked in Her Shoes’ to raise awareness about the plight of women and girls in the developing word who have to walk an average of 6km every day to fetch clean water.

In Vietnam, CARE is a member of the Gender-based Violence Prevention Network, which organised a series of events to raise awareness about gender equality. 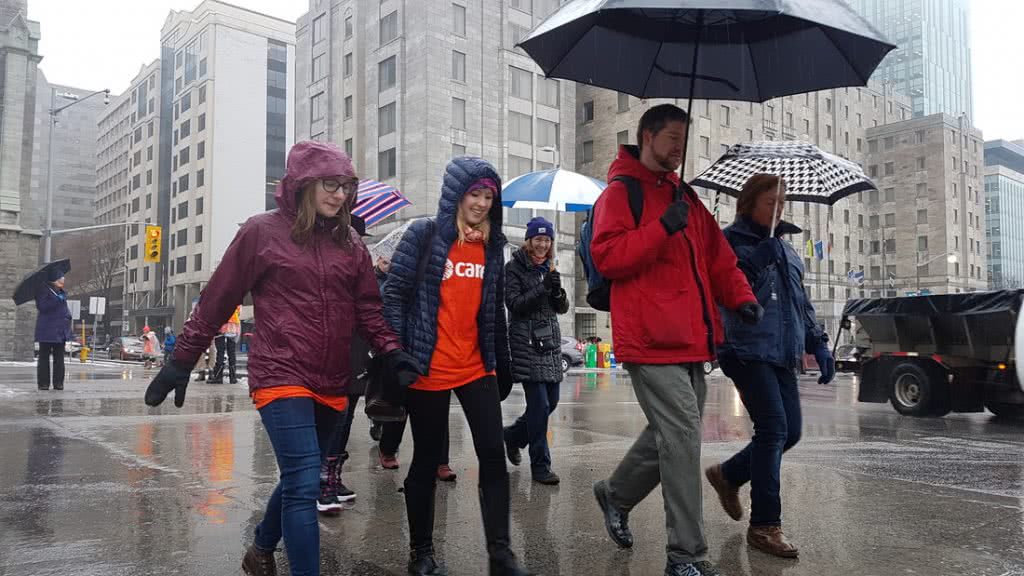 CARE’s team in Rwanda used International Women’s Day to ‘Walk in Her Shoes’, carrying buckets of water in solidarity with women and girls’ who walk daily for water and, as a result, often miss out on school or opportunities to earn an income.