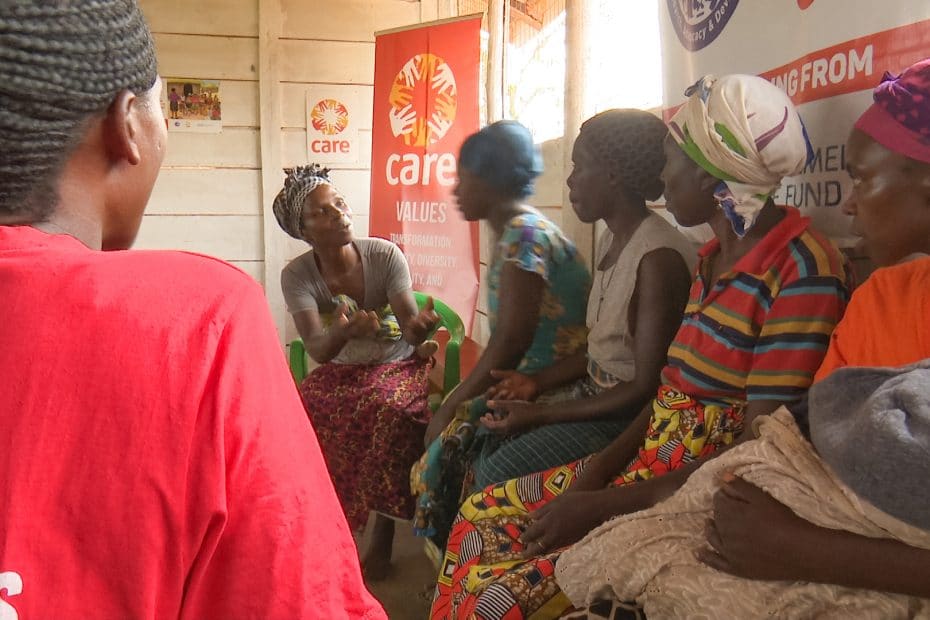 Raped and left for dead on the same day her husband was murdered, Cecile* survived. Now safe in Uganda, she helps other women who have experienced gender-based violence.

As she tended to her garden in the Democratic Republic of Congo, a group of men grabbed her, raped her, and left her for dead on the side of the road. That same day, Cecile’s husband was killed.

After a month in the hospital, Cecile was told she was pregnant. Soon, she heard that her attackers wanted to kill her. She had no choice but to leave.

“When I learned the men were looking to kill me, I ran away,” she says.

Cecile fled toward safety in Uganda. Alone, pregnant, and without food, she spent months trekking through the forest, scrounging for food where she could find it. “I would cut twigs from the trees and eat the leaves.”

Cecile finally arrived in Uganda and was rushed to the hospital, where she gave birth.

Through a CARE-supported program in Uganda, Cecile now helps other women who have survived sexual violence and tells the women not to be ashamed. “I started helping other women, telling them not to be discouraged by what has happened to them.”

This work has made Cecile hopeful for what’s to come. “I hope that in the future there is a peaceful life for me, a better life,” she says, “Today, I feel strong.”

In the face of the world’s greatest challenges, we must make women equal. Read more about our work with women and girls.